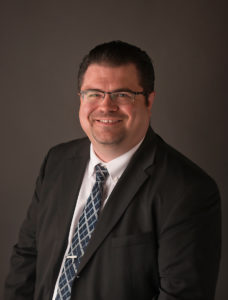 Mr. Ward is the Founding Member with the law firm of Ward Law Office LLC in Tiffin, Ohio. His practice consists of preparation and prosecution of patent applications in various technical arts, including the chemical, mechanical, and electrical arts. Mr. Ward also prepares legal opinions in relation to patentability, infringement, patent validity, and freedom to practice. He further prepares and prosecutes trademark applications, and provides legal opinions on trademark clearance and registration.

Mr. Ward is also the founding author of the legal blog “Anticipate This!” which provides light and humorous commentary on the practice of patent law, trademark law, and science & technology.

Furthermore, Mr. Ward is an adjunct professor at the University of Toledo, College of Law, where he teaches classes on substantive Patent Law and Patent Practice. He has also previously taught classes on Business and Legal Ethics at Tiffin University.

Mr. Ward is a regular speaker on the topic of intellectual property law to inventors clubs, technical organizations, chambers of commerce, business incubators, public libraries, etc. in the United States.

Dr. William “Bill” Ziehler has extensive experience as a Registered Patent Attorney before the U.S. Patent and Trademark Office (USPTO). His practice focuses on the drafting and prosecution of patent applications, and provision of legal opinions on freedom-to-practice, infringement, and patentability. He also has substantial appellate experience before the Patent Trial and Appeal Board (PTAB) at the USPTO.

In addition, Dr. Ziehler has extensive technical experience including post-graduate work focused on biochemical, biophysical, and genetic studies of nucleic acid and protein interactions, and corporate research and development where he contributed to the development of a novel means of whole genome amplification. He is further knowledgeable in a wide variety of subjects including biochemistry, organic chemistry, polymers, materials science, coatings and films, pharmaceuticals, biotechnology, biomedical engineering, medical devices, electrochemistry and battery technology, fuel cells, cooling systems, and photovoltaic devices. He has also worked with several university technology transfer offices, and previously taught undergraduate classes in biochemistry.

Dr. Ziehler is involved in both management of the firm’s patent legal services, as well as the preparation and prosecution of patent applications for clients.

Ms. Rinaldo has extensive experience as a Registered Patent Attorney before the U.S. Patent and Trademark Office (USPTO). She has assisted corporations, small businesses, and individuals not only in protecting their intellectual property rights, but also in planning and executing a worldwide protection strategy. This has enabled her clients to effectively leverage their intellectual property portfolios (including patents, trademarks, copyrights, and trade secrets) in acquiring additional funding or acquisition.

In addition, Amy also has extensive experience in the regulatory field. She has developed an expertise in FDA laws, as well as advertising laws. This combination allows Amy to assist clients in not only acquiring exclusive rights to their inventions, but also how to leverage those assets in a regulated fields to avoid governmental interference.  She has also worked with university technology transfer offices, and previously taught classes in patent practitioner ethics.

Ms. Rinaldo is involved in both management of the firm’s trademark legal services, as well as the preparation and prosecution of patent and trademark applications for clients. 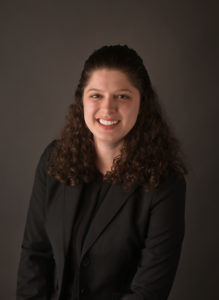 Chloe Goodlive is an attorney admitted to practice in the State of Ohio, and a Senior Associate at Ward Law Office. Her duties include, preparation and prosecution of patent applications in various technical arts, including the chemical, mechanical, and electrical arts. Ms. Goodlive also prepares legal opinions related to patentability, infringement, patent validity, and freedom to practice.

Mr. Rykels has experience as a Registered Patent Attorney before the U.S. Patent and Trademark Office (USPTO). He has experience working with large organizations, start-ups, and entrepreneurs to develop and execute patent and trademark strategies including identification of potentially protectible inventions, trademark identification, prosecution, appeals, pre-litigation investigations, post-grant proceedings, and preparing patent portfolios for enforcement and sale.

Mr. Rykels is an associate attorney at Ward Law Office and is admitted to practice in the states of Oregon, Washington, and California, and before the USPTO.

Courtney Benson is a registered patent attorney admitted to practice before the United States Patent and Trademark Office and in the State of Ohio. Courtney received her J.D. from the University of Akron School of Law along with a Certificate in Intellectual Property. Additionally, she received her Bachelors of Science degree in Chemistry from the University of Pittsburgh.

Gi Jeong is a registered patent attorney admitted to practice before the United States Patent and Trademark Office, and in the State of Georgia.

Before working at Ward Law Office LLC, Mr. Jeong was an extern and a fellow at the CDC’s Public Health Law Program. There, he contributed to the COVID-19 response and a MMWR article: “Timing of State and Territorial COVID-19 Stay-at-Home Orders and Changes in Population Movement.” Mr. Jeong also externed at the University of Georgia Technology Transfer Office, where he reviewed invention disclosures, material transfer agreements, and licensee agreements, and performed patent searches.

Mandy Sinclair-Nitschke is an attorney admitted to practice in the State of Ohio and is Of Counsel with Ward Law Office. Her practice focuses on the drafting and prosecution of trademark and patent applications, and provision of legal opinions relating to trademark clearance, freedom to practice, patent infringement, and patentability.

Mandy received a Bachelor of Arts degree in Zoology with a minor in Neuroscience from Miami University and a Juris Doctor degree from the Ohio State University Moritz College of Law. As a practicing attorney, she was inspired by her fellow inventors to develop and bring to market a baby toy and has since enjoyed bringing her personal experience as an entrepreneur (of sorts) to her legal practice.

Liz Meadows is a 3L at Michigan State University (MSU) College of Law, to graduate with a Juris Doctor degree in Spring of 2022. She specialized in intellectual property law and is a member of the esteemed Trademark Moot Court team at MSU. Ms. Meadows is working as a law clerk with Ward Law Office, learning to prepare and prosecute trademarks and patents. She plans to become a registered patent attorney in the future.

Ms. Meadows has a background in genomics and molecular genetics, and in psychology. Before coming to Ward Law Office she did public service work for Legal Services of Eastern Michigan in education law, and for the Department of Human Services (DHS) of Michigan in administrative law. She also has worked in the community tax clinic for MSU Law.

Jenn Howard is the Office Manager at Ward Law Office LLC. As the Office Manager, Jenn is responsible for maintaining client information, managing the docketing and renewals systems of the firm, assisting with client correspondence, filing documents with the United States Patent and Trademark Office, communicating with foreign associates, and overseeing daily office tasks.

Jenn has over 10 years of experience working in the field of Intellectual Property Law. During this time, she helped to develop a new docketing system, and organized task and procedure manuals for an intellectual property law firm. She also has worked with many lawyers to file trademark and patent applications, maintained a renewal payment system, and trained new employees.

Prior to working in this field, Jenn worked developing, executing and managing special events at Owens Community College in Perrysburg, Ohio. This included creating and maintaining a budget, creating and distributing marketing materials, and working closely with the students, facility and community to create large scale campus-wide events.

She received her Bachelor of Science degree with a concentration in Recreation and Tourism from Bowling Green State University.

Ashley Palbicki is the Assistant Office Manager at Ward Law Office LLC. She has over 10 years of experience working in the field of Intellectual Property Law. Ashley’s expertise includes filing U.S., PCT, and foreign patent and design applications; researching U.S. and foreign patent issues and law for attorneys; performing assignment and patent family searches related to due diligence; assisting clients with tracking the status of their patent portfolios; organizing prior art for disclosure; managing the legalization of formal documents; and meeting the formality requirements set by foreign and U.S. jurisdictions.

Ashley earned a Bachelor of Arts degree and an ABA-approved paralegal certification from Hamline University, in St. Paul, Minnesota. She received both a B.A. and Paralegal Certificate, with honors, from Hamline University. Ashley is involved in various community and professional organizations including the Minnesota Paralegal Association and the Minnesota Intellectual Property Law Association.

Emily Reese is the Executive Assistant at Ward Law Office LLC.  In her role with the firm, Emily works with the Managing Attorneys to complete docket review, scheduling, work assignments, new client intake, and overall task management and execution.

Prior to working in this field, Emily was an experienced human resource generalist with a demonstrated history of working in multiple industries.  She is skilled in coaching, team building, recruiting, sourcing and management.

Emily received a Bachelor of Business Administration degree, as well as a Master of Labor and Human Resources degree from The Ohio State University.

Prior to working at Ward Law Office, Kristi spent over 10 years in the HR outsourcing industry working at Aon Consulting and the RightThing Inc. in Findlay, Ohio. As the Account Manager for Kellogg, Kristi led numerous process changes to enhance the candidate experience and create efficiencies and managed the hiring of nearly 4000 hires per year. She developed campus recruiting processes for Merck, Pfizer, GE and Bayer and implemented employee referral programs for Novartis, Owens Corning and Kellogg.

She received a Bachelor of Business Administration degree with a concentration in Human Resources from Tiffin University.

Kristi is a board member of the Mohawk Community Library and the Mohawk Music Boosters.

Prior to employment by Ward Law Office, he worked for 25 years at a community bank in Tiffin, Ohio.

While at the bank, he worked in a variety of roles including Administrative Assistant, New Accounts, Representative, Loan Clerk, and Loan Officer.  Responsibilities included accounts payable, customer service, training of new employees, reviewing customer accounts, responding to customer complaints, and initiating and receiving wire transfers. In addition, he analyzed and made approval/denial decisions on consumer auto loan applications.

He received his Bachelor of Science in Business Administration degree with a concentration in Finance from Bowling Green State University. 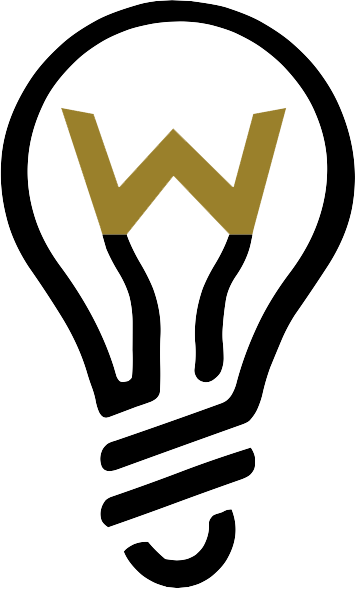 Ward Law Office LLC does not charge for initial consultations. If you have a question, do not hesitate to contact us by clicking the above "Contact Ward Law Office" button and completing the form. Our office will then be in touch will you as soon as possible.